Reprinted From The UVI Voice

For a week, they joined fellow students and industry professionals in a whirlwind of activities which included more than 100 workshops, lectures, and presentations that focused on the arts and entertainment, media relations, communications, health/science, investigative journalism, storytelling, economy/business, social justice/community, and leadership.

“The conference offered an incredible feeling of Black excellence,” said Bell. “We had numerous opportunities to sit and attend many conference sessions and learn from some of the top creators, writers, hosts, and directors in the journalism field,” he added. “NABJ allowed me the opportunity to enhance my skills and knowledge as I continue my academic journey as a graduating senior,” Bell added. 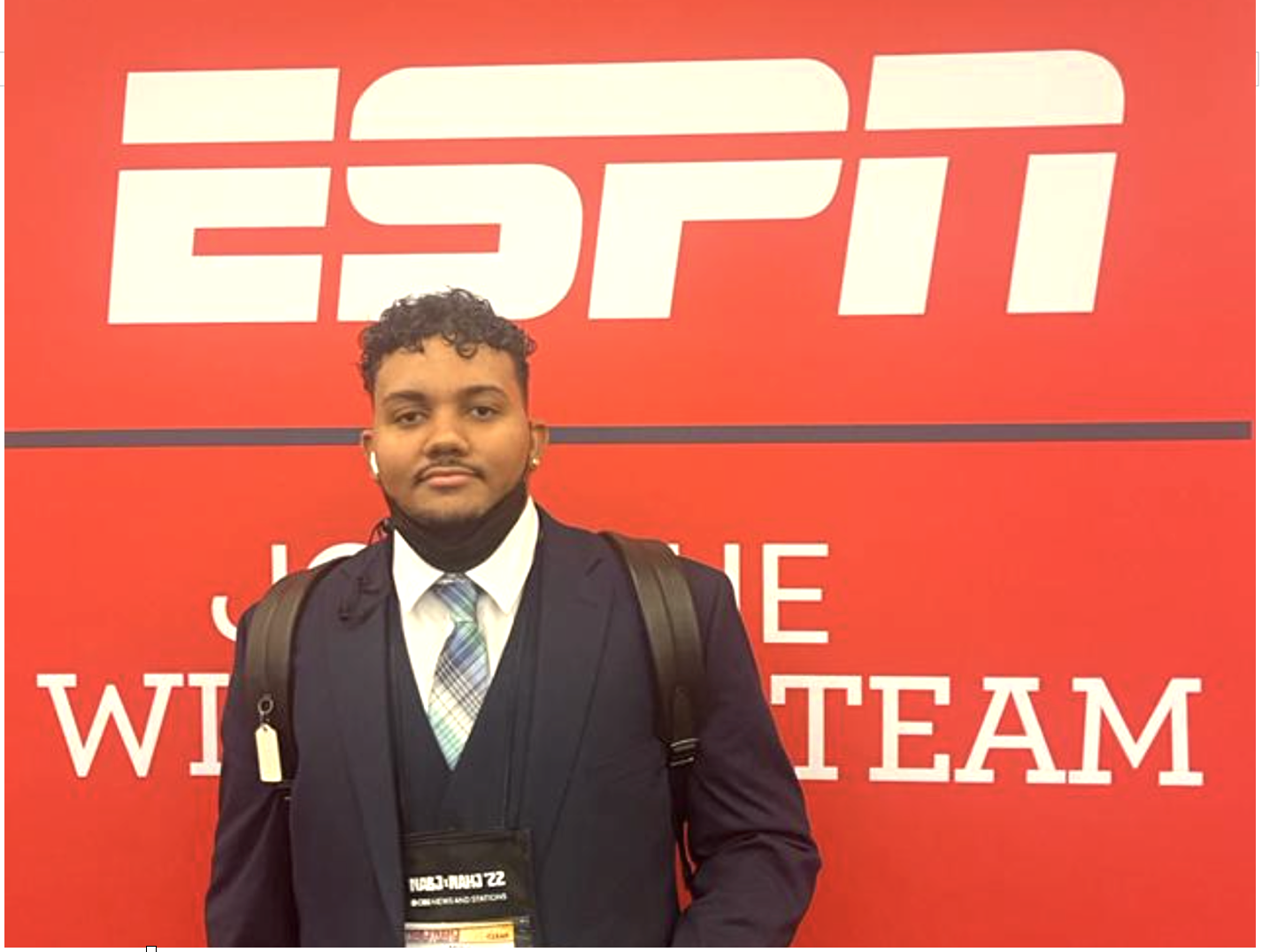 The conference also hosted a welcome reception sponsored by Disney, and a Hall of Fame luncheon to recognize journalists of color who have made significant strides throughout their careers in the field of mass communication.

The UIABJ team attended a special invitation-only event, “Salute to Excellence Gala and Award Ceremony” in which UVIABJ received a nomination under the category of “Digital Media-Undergraduate: Online Feature Reporting” for their video presentation, “BlocCom: Fact Check the Fact Checkers.” It is worth noting that the BlocCom video won first place in the Blockchain national competition hosted by Morgan State, Fin Tech.

The multi-day career fair featured prominent media outlets such as CBS, ABC, NBC, CNN, FOX, and USA Today. The convention culminated in the traditional manner, from previous years with a Gospel Brunch

Special guest and conference speakers included Karine Jean-Pierre, White House Press Secretary, Bill Whitaker of CBS 60 Minutes, Alex Perez of ABC News, Bevan Springer, President/CEO of Marketplace Excellence, Errol Barnett of CBS News, and Yamiche Alcindor of NBC and PBS News. President Barber remarked that “The NABJ annual conference was a remarkable event and our chapter was enthusiastically welcomed; it did not only showcase the accomplishments of the professional and student chapters but the NABJ team.”

“The NABJ annual conference was a remarkable event and our chapter was enthusiastically welcomed.” Madame President Nadege Barber.

UVIABJ President Barber thanked sponsors for providing the opportunity to travel to Vegas to attend the significant event and said, “I’m appreciative that the sponsoring offices at UVI made it possible for us to take part in this important event.” She added, “I also had the chance to learn about ways to support students in achieving their objectives.”

“Simply put, all UVI students need to go to this convention…[features] information, events, and workshops tremendously beneficial to UVI students of all disciplines.” Carlos Eton

“Simply put, all UVI students need to go to this convention,” said Eton. “Although a person might be inclined to believe that the NABJ Convention solely targets journalism professionals, I was very pleased to discover that the convention actually features an extremely diverse set of information, events, and workshops tremendously beneficial to UVI students of all disciplines, added Eton. “I personally found the Leadership Academy sessions most beneficial as the information provided was universally applicable in various industries. I definitely plan on attending again.” 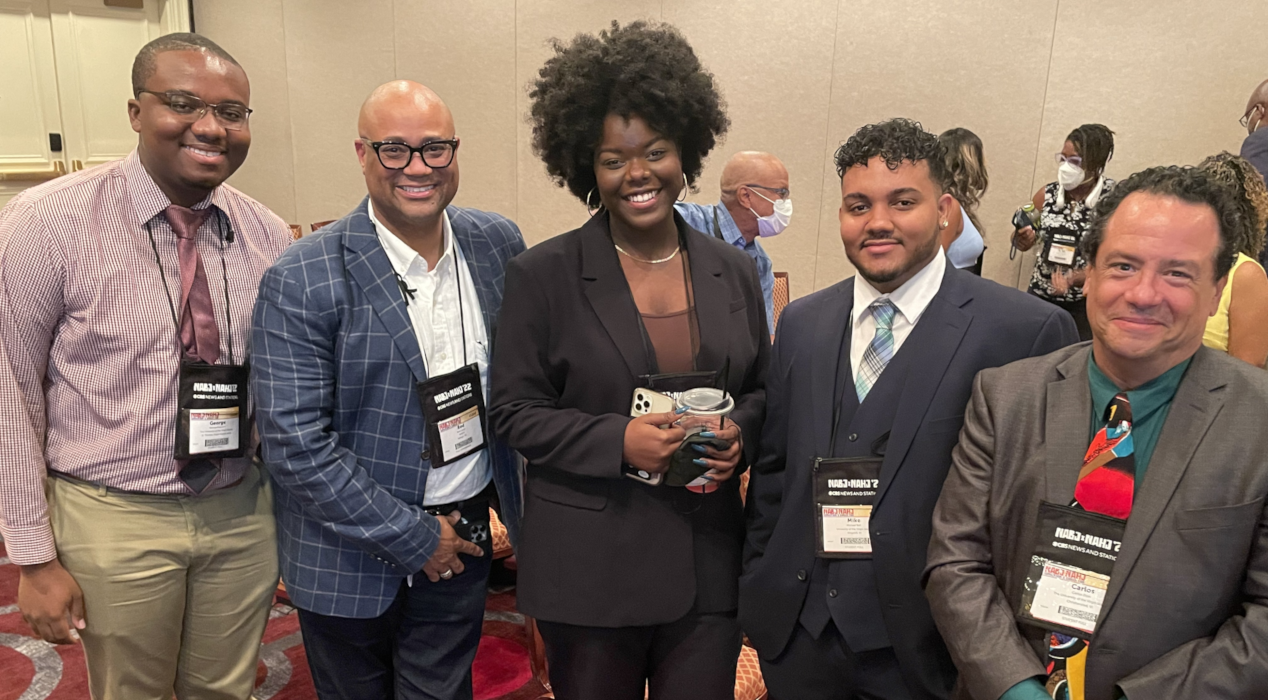 Francis agreed with the sentiments offered by his colleagues. “There was so much to see and so many opportunities [from which] to learn.” He said, “we were able to meet/network with some of the most experienced and seasoned journalism professionals in the industry.” The individuals I met were very welcoming,” added George, and [they] were excited to know that there was, in fact, the NABJ affiliate chapter in the U.S. Virgin Islands.” I am very grateful that we were able to represent the University and the territory.”

Next year’s conference is scheduled to take place in Birmingham, Alabama from August 2, 2023, through August 6, 2023. UVIABJ plans to attend and collect their award as “Student Chapter of the year-2022-2023.” Watch for it!

For more information contact, the Public Relations Office at pr@uvi.edu